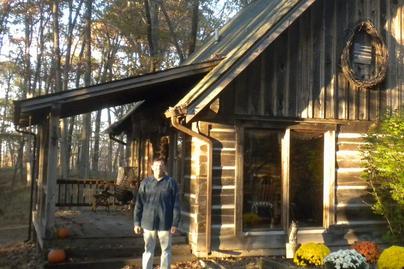 Submitted by Mike and Mary S.

From Fire to Fabulous

Submitted by Tom and Pat C.

After an early morning fire devastated our family farmhouse, the Ono Brothers under the stewardship of Mark Tinsley, immediately began boarding up blown out windows and doors.  Within a few days they had a plan in place to demolish unbelievable interior damage from fire, heat, and water.

Guiding us, but always listening to our ideas, the Ono Brothers began reconstructing our 68-year-old farm house into a fabulous, exciting, and beautiful home suitable for a 21st century family.  Attention has been paid to every detail.  From plumbing, electrical, and heat and air conditioning rough-ins to designs for kitchen cabinets, meticulous painting, and their concern that we were happy with every detail of the house, the Ono Brothers team has been a joy to work with.

We cannot express enough our appreciation to Mark Tinsley (owner), Stephen Husted (Estimator), Terry Fleetwood (project manager), lead carpenter Steve Young, Carson Fleetwood, and the rest of the construction crew for their vision, hard work and dedication to our project.  They turned a morning of screaming sirens and devastation into a day when a key now opens a door to a fabulous house ready to live again.

We highly recommend the Ono Brothers General Contractors, Inc. for any of your construction needs.

During a severe storm last November, straight line winds blew over a large oak tree.  The tree fell directly on our cabin breaking through the roof and damaging most of the upper floor and two porches.  State Farm Insurance recommended Ono Bros. and we called them the next morning.  They came immediately and had the tree removed and tarps on the roof  within a couple of hours preventing any further damage from water.

Severe weather during the winter months made their job much more difficult, but they were still able to finish putting our place back together as quickly as could have been expected given the conditions.  They stayed within the insurance company's estimate and were able to accommodate our request for several improvements.

In the end, our cabin is in better condition than before the storm.  Mark Tinsley and all his crew was extremely nice, easy to work with and helpful in all respects.  We highly recommend them and would definitely use them if the need ever arises again. 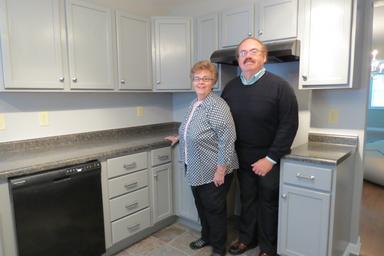